A few days ago I attended a talk given by Esperanza Moreno @mimina, architect, researcher and developer. She’s developing applications that allows connect musical files (metadata) with renderings and musical remixes, a visual and auditory show called “Antropoloops”, a quite powerful cultural project. See their website

During her talk while explaining Processing and P5, Esperanza was doing live practical exercises programming applications with elemental shapes, drawing with functions and showing their results in real time. I liked a lot of things about his talk and the used bookstores: didactics, examples and the enormous visual potential that could be used to teach programming with simple functions and interesting drawings.

I did not know this Javascript library, so I was researching and found some resources and information available to start practicing. I went to the project homepage at P5 js and started reading about the options…

The library (core) has functions for processing images, elemental shapes, movements and sounds, so there is a very interesting way to investigate with it. I installed all the resources and started testing with canvas creation functions and basic shapes, with parameters, doing something like this, within the proposed initiation examples:

And we’re going to see the result on the web browser, loading the simple index.html file: 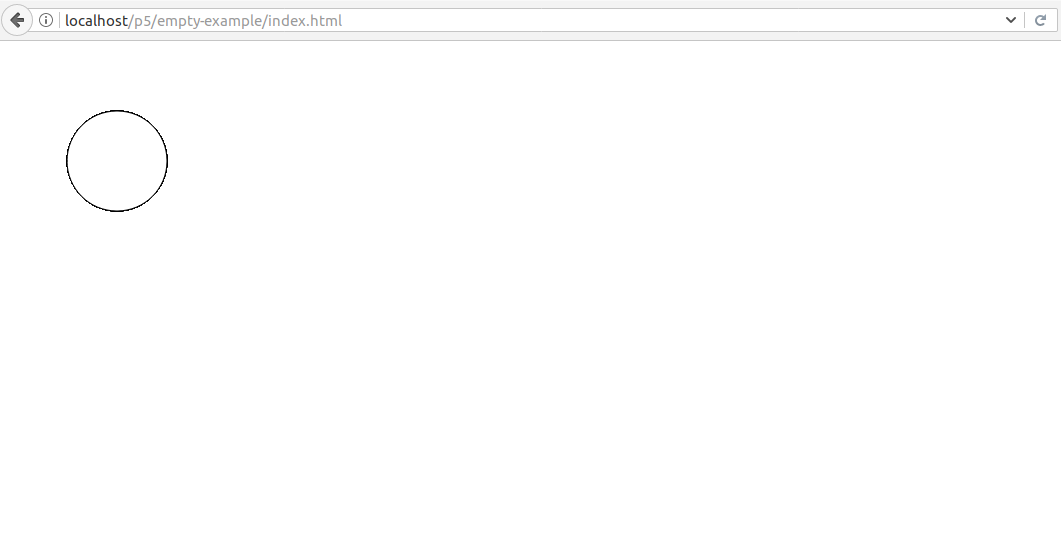 Our first form created with p5: a static circle drawn on the web browser. What if we introduce some dynamism? I have tried to generate a more advanced form: a flower. It’s really only a kind of a set of single-center ellipses and rotations, so lets play a bit.

Idea: generate some interactivity. First I will try to control mouse events by changing the fill color of the circle and causing it to be drawn based on the movements on the screen. I will execute changes in color and position based on clicks and movement.

These were the first steps for me and the results…well, Well, it seems I still have a long way to go :-P 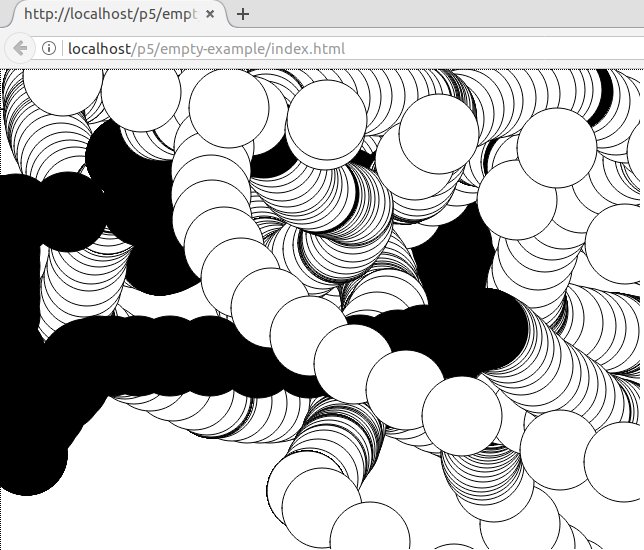 With the same script (called sketch.js) I played to change elements like the background (testing options) or another basics shapes. As you can view at the bottom of the draw() function, I tried to draw a flower. I think I’m in love with this library…I’ll follow working with it. 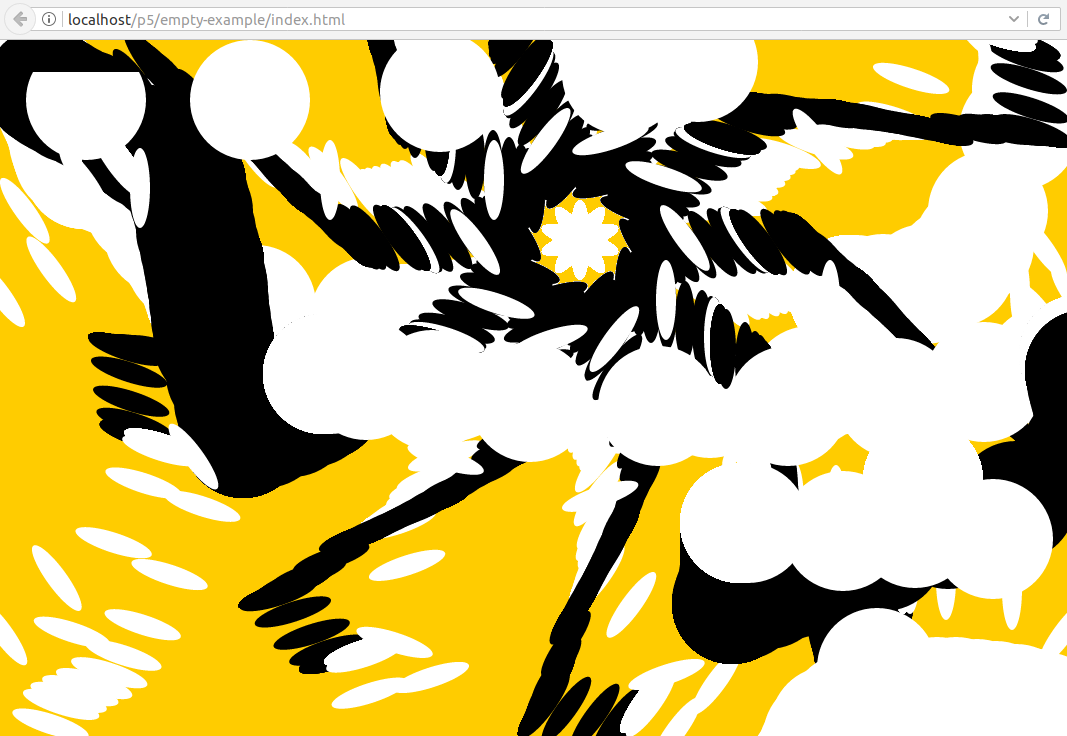 Or you can download them (normal or compressed as .min.js) and enter them in your project folder: P5.js Download zone