Drupal Sevilla, a group is moving

This week the local group Drupal Sevilla -the community of people interested in Drupal living and working from Seville (Andalusia, Spain)- has met and we have done a retrospective on the cycle of activities developed to date, taking advantage of the last appointment before Of summer to review and prepare ideas for the new course that will begin in September.

The life of the local group Drupal Sevilla began six years ago (2011) related to the first organization of a medium-sized event in Seville, DrupalCamp Spain 2011 and from there has had a complex life cycle, with periodic stops and reactivations , But it is true that in recent times has had a constant activity, diverse and even with the production of important events such as Drupal Developer Days 2017 here in Seville. And it’s been a very busy year :-)

For these reasons, we meet in Bodega Aurora (one of the oldest bars in Seville) José Luis Bellido, Diego Marrufo, Joe Carvajal, Carmen García, Isaura Galafate, Christian López and /me David Rodríguez. 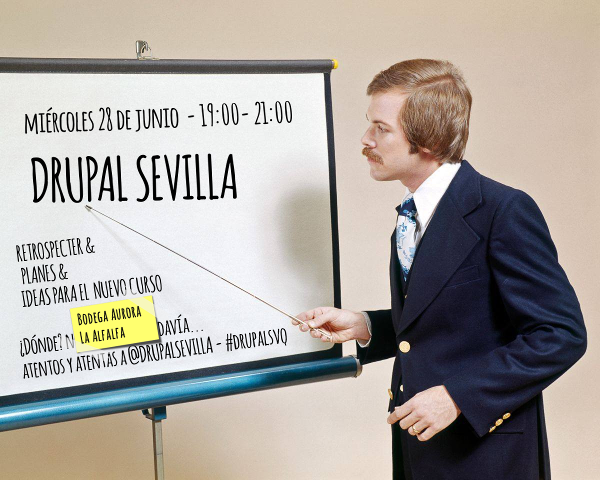 What have we done during this cycle of activities?

We have treated different topics from different dimensions: site-building, development, content, SEO … here is a list of activities carried out (written in Spanish) 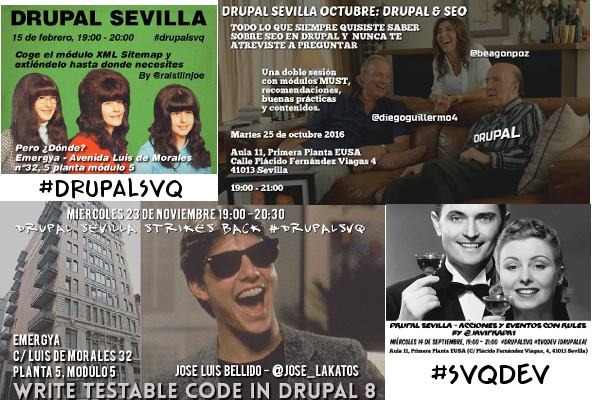 And what about our community?

The term “community”, is a relatively abstract element, becomes an empty term at the cost of different uses in different contexts. When we’re talking ‘bout community, we may be dealing with different senses, which makes the term a relatively floating expression. To avoid this and based on the basic definition, understood as a group of people with a common interest who self-organize (in its most horizontal sense, indeed), the first fundamental question is to try to grant an “anchor” to the term that Allow us to place the term in the frame that we really consider our interest. And the fundamental tool could be the so-called “needs analysis”. If the sense of belonging to a community is determined (among other factors) by the need for improvement when combined with other people, then the best we can do is to try to define specifically what we need, which we hope will give us our own militancy

1- We would like to keep meeting once a month

A very important step is to try to agree on a gender and diversity policy according to the current times, echoing all the problems of the integration of women and people of non-binary gender within society in general and the technological sector in particular. The local group Drupal Sevilla is committed to seek parity in its activities and its sessions. We are looking forward to doing more things throughout the new course that will start in September, with the memory of a year of activities and of course, the pride of having brought to our city a great reference event as the Drupal Developer Days 2017 . 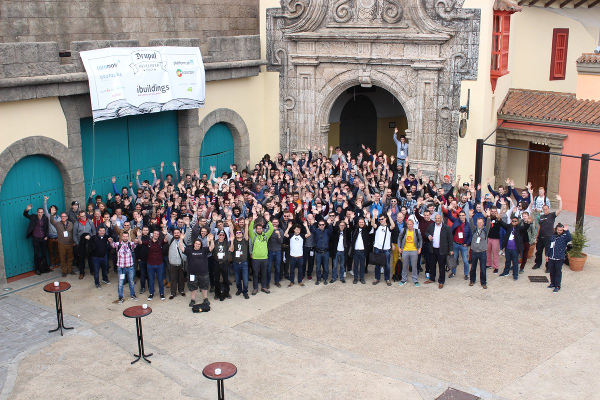 Do you want a more extensive review? Here’s a better one (but you’ll have to read it in Spanish). Greetings to all.